About Nelson and Marlborough

Nelson Tasman shines with its superb and varied outdoor environment with plenty of hiking, kayaking, cruising and biking options, great retail outlets, great seafood, wine and beer, more than 300 working artists and galleries and its great weather and events.

The Nelson Tasman region has so much to offer, from hundreds of arts and cultural venues, to fabulous restaurants, boutique breweries and wineries, lots of festivals and events (World of Wearable Arts was born here) and for those interested in the outdoors, the region boasts three national parks, a forest park and the beautiful Marlborough Sounds, many hiking trails, mountain bike and cycling trails and generally has more sunshine hours than anywhere else in New Zealand.

The Nelson and Marlborough regions provide an extremely diverse range of landscape and activities in a relatively compact area, providing Simply Wild Journeys with many options for designing tailored luxury and premium trips, from scenic and cultural interests, to world class “soft” active experiential adventure.

The area has a very rich history. Maori lived along its coastline for 500 years with its plentiful source of seafood and valleys for growing vegetables. In 1642 the Dutch explorer Abel Tasman encountered the Ngati Tumatakokiri people in the north and following an altercation, lost 4 men and set sail having never set foot on land. There were various visits by Europeans from the early 1800’s with permanent settlement from around 1855. The area was logged to make way for farming as well as quarrying granite rock. Concern mounted with the deforestation and in 1942 the NZ Government formed the area into a National Park.

Today the park is noted for its golden sandy beaches, rocky outcrops and estuaries, all of which can be seen within a day. Simply Wild operates a wide range of activities and adventures in the Abel Tasman National Park including private sailing, launch and kayak tours. For more information on the Abel Tasman from the Department of Conservation please click here. Or some of its history click here.

Kahurangi means “treasured possession” and that’s the way we feel about the Park. It is Kahurangi’s heart of wilderness, centred on the Tasman mountains, that symbolises the special character of this National Park. Some 570 km of incredible walking and hiking trails span the park from Golden Bay in the north, south to Murchison and Tapawera, and to the West Coast of the South Island.

The Heaphy Track traverses from Golden Bay in the east to Karamea in the west, over craggy ranges, alpine meadows, valleys of tropical native palms, and ruggedly beautiful coastline. A helicopter provides a bird’s eye view of this incredible landscape which includes remote sites filmed for the Lord of the Rings movies. It has incredibly diverse landscape features from sub tropical rainforest, tussock covered high country, alpine lakes, jagged alpine peaks, glorious coastlines and river valleys. It is the second largest National Park at 452,000ha (or about 1 million acres) and includes some of the oldest rocks in New Zealand, streams that disappear underground and reappear great distances away, sinkholes, caves and the marble mountains of Mt Arthur and Mt Owen.

Amongst the diversity of fauna is the nocturnal, carnivorous land snail Powelliphanta and Kahurangi is the home of the largest remaining wild population of Great Spotted Kiwi. Within this north-west corner of the South Island lie some of our oldest rocks, most spectacular marble and karst land forms and the most intact remnants of the peneplain landscapes that featured in New Zealand around 60 million years ago.

Areas of the Kahurangi have been occupied by Maori since the 14th century and were well travelled by Maori active in the pounamu (greenstone) trade. In 1846 Charles Heaphy and Thomas Brunner were the first Europeans to traverse the park and Heaphy’s name is now given to the Great Walk of New Zealand that runs though the Park. Many people consider the Heaphy Track to be the greatest of New Zealand’s nine Great Walks, combining alpine environments and a primeval, palm fringed coastline.

While the Kahurangi is a true wilderness park with many trips not encountering another soul, Simply Wild Journeys make it much more accessible to travellers with hiking, heli hiking, and rafting. For more information on the Kahurangi from the Department of Conservation please click here.

The Nelson Lakes National Park is an enchanting alpine landscape of rugged peaks, forests and stunning glacial lakes. The compact area of mountain ranges is separated by forested valleys, and the Nelson Lakes National Park is home to the Northern beginning of the awe-inspiring Southern Alps. Promising everything from easy lakeside walking tracks to challenging alpine hikes, this park has something on offer for everyone. The beautiful alpine lakes of Rotoroa and Rotoiti form the heart of this 102,000 hectare national park. Both are surrounded by steep mountains and fringed to the shore by native honeydew beech forests, which feed a variety of tuneful nectar-eating native birds.

In Maori mythology the lakes were created by the great chief Rakaihaitu digging holes with his ko (digging stick). One hole became Lake Rotoroa (large waters) and the other became Lake Rotoiti (small waters). The nearby alpine village of St Arnaud is a comfortable, well-equipped base for visitors, while Nelson and Marlborough locals own many of the holiday homes in the village.The spectacular landscape of Nelson Lakes National Park was sculpted by massive glaciers during the most recent ice ages, and many glacial landforms remain – the lakes are two most obvious examples.

The honeydew found in the park’s beech forests is formed in droplets poised on the end of a threadlike tube that protrudes from each tree trunk. It is created by scale insects, which process the tree sap into pure sugar. For many native birds, lizards and insects, the honeydew is a source of high-energy food. The Department of Conservation has actively worked in recent years in the park to create a pest-free refuge that will support greater numbers of kaka, kakariki and bush robins, as well as giant snails and native bats. Walking and hiking are the primary reasons to visit Nelson Lakes National Park although during the winter locals also enjoy skiing at Rainbow skifield. Day walkers can follow a network of short tracks to enjoy lake views, birdsong and native beech forest. Serious hikers can strike out for Lake Angelus on a loop that generally takes 3 days. The Travers-Sabine circuit, which takes about 5 days to complete, includes soaring mountains, remote lakes and an alpine pass.

Mount Richmond Forest Park spans several regions and comprises most of the steep native forest-covered mountain country between Nelson and Blenheim. The Richmond Range, an irregular mountainous ridge with several rocky ‘island’ peaks rising above 1700 m, forms the backbone of the park, separating the north bank tributaries of the Wairau River from other river systems. A number of lesser ridges lie along the western sector of the park separated by the major west-flowing rivers, the Waimea and Motueka, and the east-flowing Pelorus River.

The park was gazetted on 4 March 1977. It has an area of 166,000 ha and is the second largest forest park in New Zealand. It is named after Mount Richmond (1760 metres), one of the highest peaks in the park. The park forms a backdrop to Nelson City, the Waimea Plains, and surrounding country. In Marlborough, the mountains are a dominant feature of the Wairau and Pelorus Valleys. The Wairau Valley runs along the Alpine Fault, which has formed the mountainous Richmond Range. The lowland vegetation is mostly mixed beech and podocarp, with tussock grasses and shrubs on sub alpine ridges. Alpine plants cling to high rock faces. Lake Chalice, created by a slip, is unusual in that its only fish are the native koaro.

The park has an interesting history, particularly of mining (gold and chrome) and timber milling. Maori occupation of the sheltered coastal sites around Nelson and Marlborough is well known.Maori use of the less accessible backcountry areas was probably limited to the use of tracks around the perimeter and the working of a number of argillite quarries within the park. Argillite is a very hard metamorphosed mudstone used by Maori to make tools and weapons. We operate two helihikes and the Dun Mountain helibike in the park, accessed from directly behind Nelson City.

The Marlborough Sounds are an unspoilt paradise for those who love the sea, tranquillity, the natural world, freedom walking or outdoor adventure. The broad pathway of the Queen Charlotte Track lures walkers of all ages and experience along the ridgelines of the Sounds, through virgin native forests and down to blue-green coves fringed with ferns. Venture out on a cruise, charter a boat, paddle in these peaceful waterways, observe rare birds, dolphins, seals and penguins, catch a fish for dinner and relax at a hidden hideaway.

The Marlborough Sounds encompass twenty percent of New Zealand’s total coastline. This intricate maze of waterways is made up of three Sounds, the Queen Charlotte Sound, the Kenepuru Sound and the Pelorus Sound. Within the area is pristine native forest – ranging from towering 800 year old rimu trees, to lush punga tree ferns and beautiful native orchids leading down to picturesque shorelines.

The myriad of bays, coves and inlets are perfect for exploring by sea kayak. The Queen Charlotte Sound is the more well known of the three Sounds, and is dominated by bush-clad shorelines, deep bays and coves. The Kenepuru Sound is the smallest of the three Sounds. The Pelorus Sound has expansive waterways, with some exposed areas; it is made up of beautiful sea kayaking areas (such as Tennyson Inlet and Nydia Bay), while much of the rest of the Pelorus Sound is predominantly farmland and forestry.

Because of the Nelson/Marlborough area features a very wide range of quite unique landscapes in a relatively compact area, you can experience more in your holiday.

Simply Wild Events can provide you with a wide range of Conference and Team Activities in the Nelson Tasman region.

About The Nelson Region

Nelson Tasman is a place where smart businesses and artisans meet – a place where people experience a fully connected lifestyle in some of the most stunning landscapes nature can serve up. Nelson is the ideal place for your conference or team event. 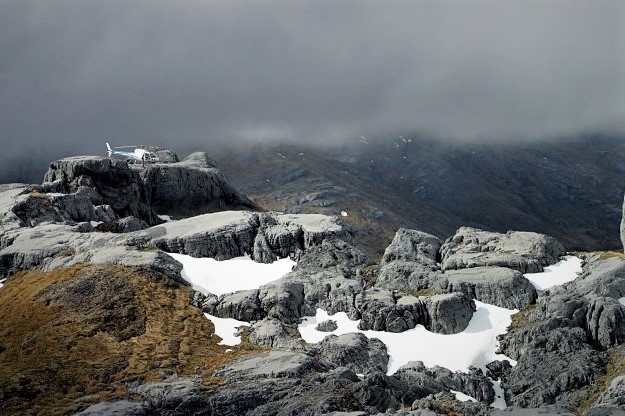 “Adventure with Style” – Walking and hiking, cycling and mountain biking, sailing, sea kayaking, and rafting in the Nelson & Marlborough regions of the South Island – whatever your choice, we’ll help you discover some of New Zealand’s finest coastal and alpine treasures.